Around 1 in 15 people affected by tuberculosis are likely get the treatable fungal infection aspergillosis, according to research published today in the European Respiratory Journal by experts at the University of Manchester (UK) and Gulu Regional Referral Hospital (Uganda). The new knowledge could influence TB programs by helping doctors to identify – and treat – at risk patients.

Professor David Denning from The University of Manchester and Chief Executive of the Global Action Fund for Fungal Infections (GAFFI), said: “These results have global implications for TB programs – simple antibody testing and chest X-rays can diagnose chronic fungal infection after TB. The risk of aspergillosis is 30-fold higher in those with a cavity after TB, and these patients need to be actively followed up and treated if they develop this fungal complication”

TB leaves a cavity in the lungs in about 1 in 4 patients, and so with 7.7 million survivors from TB in the lungs, about 140,000 people worldwide will develop chronic pulmonary aspergillosis (CPA) every year after finishing TB therapy, assuming the results from Uganda are similar elsewhere.

Between 2000 and 2016, around 45 million lives were saved due to effective treatment of pulmonary TB worldwide and 1.6–3.5 million of these would subsequently have developed aspergillosis.

In the research published today in the prestigious European Respiratory Journal, also found this complication in those with and without HIV infection.

Dr Iain Page, Clinical Lecturer at The University of Manchester, who conducted the study over 4 years paid tribute to collaborators in Gulu (Uganda) and said:

“I am immensely proud that the doctors and patients in Uganda have led the world in defining this important fungal complication of TB. In other studies, over 75% of those with aspergillosis have died within 5 years and we fear this is currently the case in many countries” 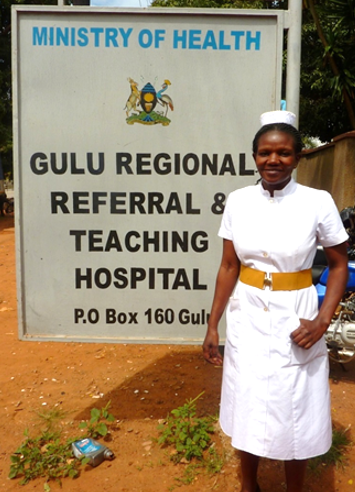 The study was supported by the Gulu-Manchester link at Wythenshawe Hospital (part of Manchester University NHS Foundation Trust) and several donors including the NHS National Aspergillosis Centre and Astellas Pharma as well as by donations of antibody kits from Siemens.