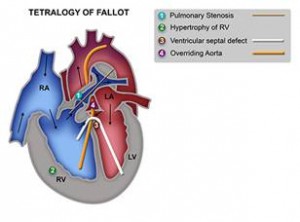 Most prescriptions for fluconazole in pregnancy are for Candida vaginitis. The standard dose is 150mg as a single dose, but larger doses are used for patients with recurrence or non-responsive disease. There did not appear to be a dose relationship with tetralogy of Fallot occurrence. However the exposures are quite modest by comparison (350-6000mg total dose) with women requiring long term fluconazole maintenance therapy. Fluconazole is extensively used in patients with AIDS to suppress cryptococcal meningitis and oesphageal candidiasis, and avoidance of fluconazole in early pregnancy is clearly required. Whether much higher doses would confer additional is not known, but the lack of a dose response in the large Danish cohort is suggestive that it does not.

Tetralogy of Fallot occurs in 3 per 10,000 births, and following fluconazole exposure an additional 6.5 cases per 10,000 live births would be expected, almost 1 per 1,000 births. In the USA, 1 in 4,344 births are affected by hypoplastic left heart syndrome, but some foetuses die before birth or are aborted based on severe findings on ultrasound.

Numerous other birth defects were not associated with fluconazole or itraconazole exposure; listed in the figure below:

Explanation of tetralogy of Fallot.