Major country differences in serious fungal diseases were found in the latest 5 countries to have their burden estimated – Japan (population 127M), Bangladesh (population 162M), Malaysia (population 30M) Peru (population 31M) and Congo (population 4.4M). These estimates were presented at the Advances Against Aspergillosis meeting in Manchester (March 3-5) and European Congress on Clinical Microbiology and Infectious Diseases in Amsterdam (April 9-12). 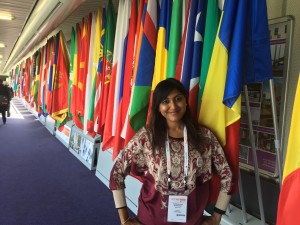 Histoplasmosis is uncommon in Peru, Malaysia and Bangladesh, but diagnosed, but there are very few cases in Japan each year and it is not known if cases are found in Congo. About 100 cases of sporotrichosis are seen in Peru every year, especially in the highlands, and some in Malaysia. Talaromyces marneffei infections are seen regularly in Malaysia, especially in HIV-infected people.

These estimates bring the number of countries with serious burden of disease estimates through the LIFE program to 62.

Posters from AAA and ECCMID

The burden of serious fungal disease in Japan

Serious fungal diseases in the Congo-Brazzaville