The global health tragedy that is avoidable deaths from histoplasmosis, has been highlighted in the current edition of the Journal AIDS (AIDS 2016, 30:167–170).
Despite a burden of ~1,600,000 HIV patients in South and Central America, most hospitals have no access to rapid diagnostic techniques and often lack the right treatment. Histoplasma capsulatum is endemic and common in the Americas. The lack of a rapid and affordable test that is sensitive, specific, equipment free and easy to use compounds the tragedy. The systematic failure to diagnose this lethal infection means clinicians cannot stop their patients dying, nor truly estimate the actual burden of this disease. So public and international health authorities appear to have a “blind spot” for histoplasmosis. 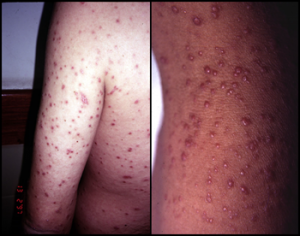 In some areas eg. Panama – a study showed 7.65% of HIV positive patients had Histoplasma capsulatum determined  by culturing, rising to as high as 43% in other countries like Brazil. In French Guiana 85% of HIV patients in hospital with CD4+ less than 50 had disseminated histoplasmosis. In Guatemala, histoplasmosis is the second commonest infection after tuberculosis but with a higher mortality. In other centres, histoplasmosis is more common than tuberculosis (TB). Many cases are only diagnosed after death. The historical death rate is 40%, if treated, but 100% if not, and relapse is also common, after an apparent ‘cure’. 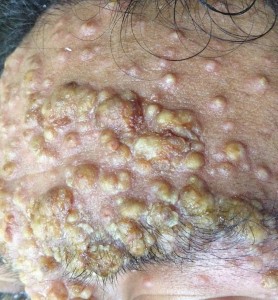 A recent rise to 60% of ‘culture negative TB’ in AIDS patients may be linked to the possible misdiagnosis of histoplasmosis as TB. Culture negative TB patients have a higher mortality than culture positive cases.

The authors argue for simple diagnostic tests for histoplasmosis, lobbying for liposomal amphotericin B in endemic countries, teaching clinicians to recognise the subtle features of histoplasmosis and public health action to place histoplasmosis on the radar of all HIV/AIDS strategic plans.