GAFFI is calling all policy makers and health agencies to wake up to the plight of more than 300 million people worldwide who suffer and die every year from fungal disease. GAFFI was set up in 2013 to highlight what doctors believe is a worldwide catastrophe that is growing year on year, yet could be halted with local access to diagnostics, antifungal medicines and better medical training.

Fungal infections kill at least 1,350,000 patients with, cancer, TB, asthma, or following AIDS; as well as causing untold misery and blindness to tens of millions more worldwide. Yet, like a Trojan horse its symptoms are mostly hidden, and occur as a consequence of other health problems.
In the UK fungal infections affect around 10,000 people every year and while most patients survive, thanks to appropriate drugs and treatment, many suffer debilitating symptoms and long-term problems.  view video here or download here.

Hollywood star and actor, Rupert Everett, is a well-being ambassador for GAFFI &  has pledged to help GAFFI raise awareness amongst health professionals and the public. He says: “I understand from the experts that this is complicated and not straightforward. Only when it is too late is the diagnosis possible on clinical grounds, but even then many conditions overlap. The tragedy is that many of the best drugs have been available in some countries for 40-50 years, yet not where they are now most needed.”

GAFFI’s founding President is Dr David Denning, Professor of Infectious Disease in Global Health at the University of Manchester. He explains: “Fungal disease is the Trojan horse – the silent, unappreciated global catastrophe on a scale no one has grasped until recently. For example, after TB as many as 20 per cent of patients develop lung fungal infection,(estimated burden 1.2 million worldwide) which slowly progresses to death over five years, unless this is arrested with treatment. Fungal meningitis and pneumonia kills in excess of 1 million patients with AIDS every year, including many children, this is before treatment for HIV can begin to work.

“Blindness caused by fungal infection of the eye affects over 1 million adults and children globally yet the tools are not available for rapid diagnosis and treatment for millions of people. Skin fungal infections affect a further billion people worldwide. Severe asthma with fungal allergy could account for half of the 350,000 deaths from asthma each year, yet it is treatable with antifungal drugs.” 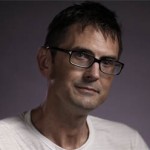 In the last 12 months

For more information, or for images of the world maps that show the gaps in accessibility to antifungal treatments in most countries, please contact Susan Osborne, Director of Communications at The Goodwork Organisation, on 07836 229208.