GAFFI released its 2017 annual report at the European Conference of Clinical Microbiology and Infectious Diseases (ECCMID) following its Board meeting. GAFFI’s Guatemala program takes centre stage showing the immediate diagnostic benefits of rapid screening of ill patients with HIV infection for AIDS for cryptococcal diseases, histoplasmosis and tuberculosis. Other highlights from 2017 include inclusion of itraconazole, voriconazole and topical natamycin on the WHO Essential Medicine List, acceptance of chromoblastomycosis as a Neglected Tropical Disease, a series of summary papers published in Lancet Infectious Diseases and multiple educational programs to raise awareness in Nigeria, Sri Lanka, Pakistan, Mexico, Chile, Iran Denmark, Hungary and the UK. 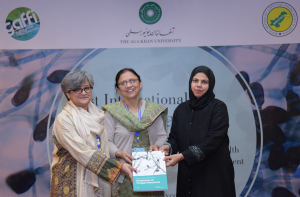 Two more country burdens of fungal disease were presented at ECCMID – Sweden and Benin. Sweden is one of the world’s wealthiest countries with a GDP of $51,600 per person (10 million population) and Benin is one of the poorest with a GDP $790 (11 million population). Their contrasts in wealth are matched by remarkable differences in fungal disease pattern. In Benin, an estimated 713,000 school- age children have tinea capitis according, whereas in Sweden tinea capitis is almost absent although other superficial fungal infections were estimated to be common (1,429,000). Benin has an estimated 80,000 patients with HIV infection compared to the 7,000 in Sweden. So while Pneumocystis pneumonia numbers were similar with 315 in Benin and 217 in Sweden, all were in AIDS in Benin, whereas only 16 (5%) were in AIDS in Sweden. Asthma prevalence in adults is very different – 3.77% in Benin and 8% in Sweden, translating into much higher number of fungal asthma cases in Sweden.

View the LIFE article on burden of fungal disease in Sweden and Benin.