At the International AIDS Society conference in Paris today, Sile Molloy from St George’s Hospital Medical School in London presented the ACTA study results: the largest ever study of cryptococcal meningitis. 678 evaluable patients from 9 sites in 4 African countries were randomized into an all oral regimen of fluconazole (1200mg/d) and flycytosine (100mg/d), amphotericin B deoxycholate (AmB) (1mg/Kg) for 7 or 14 days with either fluconazole or flucytosine.

The combination of flucytosine with amphotericin B was superior to fluconazole in combination in CSF sterilization and 10 week mortality, especially with 1 week of AmB – 24% versus 49%. Two weeks of AmB was no better and conferred more toxicity – for example a 20% transfusion need, compared with 10% after 1 week and only 6% with the all oral regimen.

The all oral regimen of fluconazole and flucytosine was not as effective at sterilizing the CSF as the AmB regimens, but the 10 week mortality rates were the same as both AmB regimens and nearly as good as the best 1 week AmB and flucytosine regimen (35% vs 24%), with identical overall adverse events. 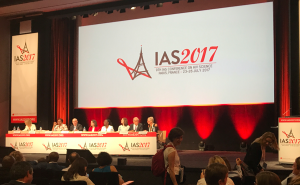 The authors, lead by GAFFI advisor Prof Tom Harrison, conclude that 1 week of AmB and flucytosine offers the best chance of survival from cryptococcal meningitis, and if AmB cannot be given then flucytosine and fluconazole. They studied 2 weeks therapy – longer oral regimens need studying as does the combination of fluconazole and flucytosine for pre-emptive therapy of asymptomatic cryptococcal antigen positives.