“Millions of children are denied the right to healthcare and an education because of who they are and where they live”.

Today marks the launch event of the ‘Every Last Child’ campaign from Save the Children. The aim of the campaign is ensure that even the most marginalised and vulnerable children have what they need to survive and thrive (link).

Fungal diseases are one major cause of mortality and morbidity in children across many developing countries and around the world. Some of the most excluded and discriminated children are those with HIV, malnourishment, cancer or who are born prematurely, and it is these groups who are at high risk of developing serious fungal infections.

Pneumocystis pneumonia (PCP) caused by the fungus Pneumocystis jirovecii, is one of the most common causes of HIV-related deaths in Africa. It is a common and life-threatening cause of severe pneumonia, in one study of 834 under 5 years old in Mozambique, PCP prevalence was 6.8% and HIV prevalence was 25.7%.

However, a complete lack of rapid, low-cost diagnostic tests cause significant delays to treatment and means that there are no accurate figures of burden.  It is impossible to diagnose PCP in children using bronchoscopy and the alternative – a nasopharyngeal aspirate for PCR is not attainable in many poor countries due to high costs and the basic requirement of electricity. Current estimates suggest that between 29 and 67% of respiratory related deaths among African children with HIV are associated with PCP (Morrow et al. 2010). Provision of  rapid and cheap diagnostic  tools are urgently needed. 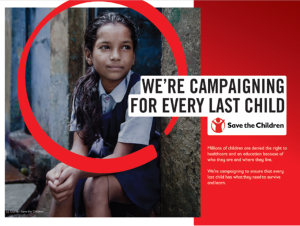 Disseminated histoplasmosis is associated with HIV status and is 100% fatal if not detected and treated. The prevalence in children is unknown, though infants are at greater risk than adults for developing disseminated infection. Histoplasmosis is a neglected disease, causing prolonged fever, malaise, cough and weight loss and is frequently misdiagnosed as TB. A much greater awareness of this disease is needed,  more information.

Candida and Aspergillus infections are a significant issue in children with cancer. One study of paediatric acute myeloid leukaemia patients showed Aspergillus was associated with 25.9% of infectious deaths, while Candida was associated with 15.5% (Sung et al. 2007).  Underweight children were at higher risk of death from infection. Furthermore, high dose-intensive chemotherapy regimens can result in immunological impairments, leaving the door wide open for opportunistic fungal infections. Invasive Candidiasis infections are also a life-threatening problem in low birth weight infants, with a prevalence of up to 28% in infants with a weight of <1000g (Groll et al, 2009).

Tinea capitis has a global prevalence of 200 million cases, and was found in 6.6% of children in a US study (more details). However, this infection is more common in deprived areas and in children who are malnourished. Though rarely life threatening, it is a significant economic burden in high-risk areas.

Fungal infections are present in a significant number of the most marginalised paediatric groups. But outcomes could be improved through greater awareness of these most neglected diseases, such as disseminated histoplasmosis and through the development of better and cheaper diagnostic testing procedures.