We thank previous members of the Board for their commitment to GAFFI . 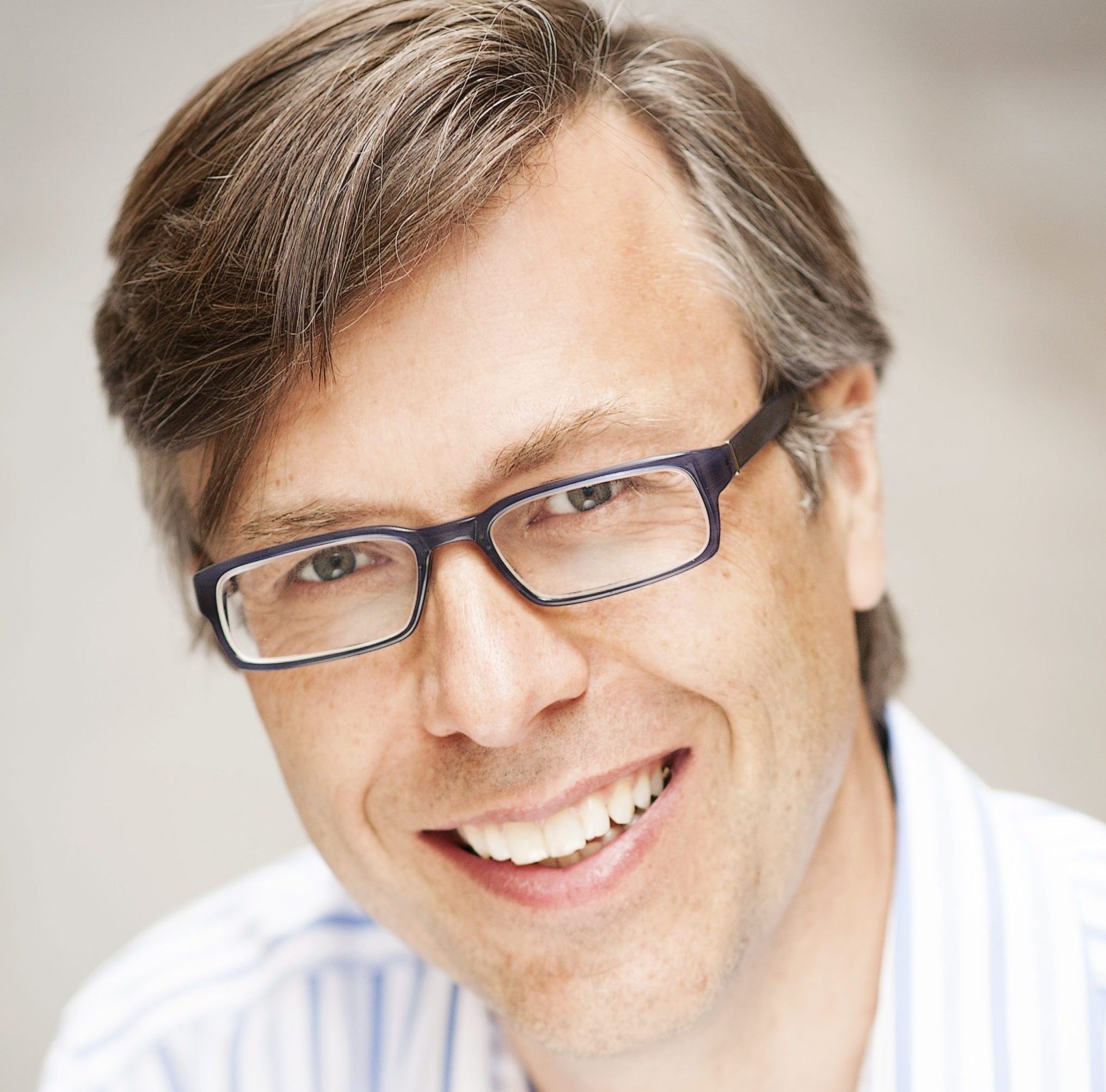 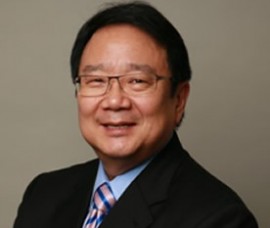 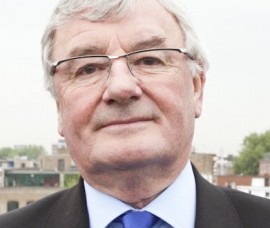 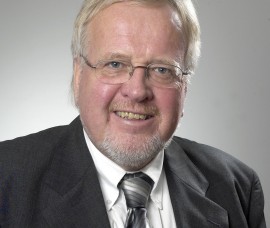 Oddi Aasheim is the founder and Managing Director of FirstHuman, a company that specialises in the facilitation and implementation of performance breakthroughs and in breakthrough leadership.  Prior to FirstHuman, Oddi has been the Commercial Director for JMW Worldwide UK, a Strategy Executive for Accenture and Transformation Manager for Shell UK.

Oddi was born in Norway, but moved to the UK when he did his B.Eng. in Offshore Civil Engineering at Heriot-Watt University.  He has remained close to his alma mater and held positions such as Member of the Heriot-Watt Foundation Board, been the President of the London Watt-Club, had a seat at the Watt-Club Council,  and sat on the General Convocation.  Currently he is also a board member of the Norwegian YWCA in the UK.

Oddi is a Swiss Board member and a Trustee of GAFFI, UK.

There are no conflicts of interest.

Yasuaki Mori joined Infineon Technologies Japan K.K. as President in November 2000 and is a member of the executive management group.  Before joining Infineon, he moved to Japan in 1997 and became the head of sales & marketing for Advanced Micro Devices Japan.  Prior to this he was based in Europe and the US in various positions including business development, marketing, lobbying and strategy.
Born in Canada, raised in Switzerland, Yasuaki Mori earned a Bachelor of Science in Electrical Engineering with specialization in digital communications in 1983 and a Masters in International Affairs in 1984 from Columbia University in New York City.  He is fluent in English, Japanese and French and also speaks German.

Yasuaki Mori is a Swiss Board member and a Trustee of GAFFI, UK.

Michel P. Glauser, MD, FRCP, FIDSA, FAAM, Honorary Professor of Medicine at the University of Lausanne (UNIL) , was formerly chief of the Service of Infectious Diseases at the Centre Hospitalier Universitaire Vaudois (CHUV) and former Dean of the Faculty of Biology and Medicine of the UNIL.

Michel Glauser studied medicine in Lausanne, Hamburg and Berlin. After graduation, he trained in internal medicine in Lausanne, and in infectious diseases at Yale University and the University of California in San Diego. In 1978 he was appointed Chief of Infectious Diseases at the University Medical Center in Lausanne and in this role, he developed several lines of research in experimental pyelonephritis, experimental endocarditis, experimental and clinical sepsis and septic shock, infections in neutropenic patients, fungal infections and AIDS, all domains in which the groups he created and managed contributed significantly to the understanding of the pathophysiology, treatment and prevention of these diseases. He coordinated several large international clinical studies in these domains.

Nationally, Michel Glauser has been for 10 years a member of the Research Council of the Swiss National Foundation for Research , of which he presided the Division of Biology and Medicine, and for 12 years he has presided the Swiss Federal Commission for Control and Research on AIDS. He has been the founder of Funginos, a Swiss cohort study on fungal infections. He created a number of scientific and educational manifestations in the field of infectious diseases and microbiology. He is one of the founder of the Swiss Society for Infectious Diseases, of which he is the honorary President.

Since retirement from his clinical responsibilities, Michel Glauser is fully involved in several philanthropic organisations and in particular until recently was the President of one of the largest national foundations active in medical research, as well as in cultural and social activities, the Fondation Leenaards.

Michel Glauser is a Swiss Board member and a Trustee of GAFFI, UK.

Nigel studied medicine at St Mary’s Hospital, Paddington and joined the Navy. After three years on nuclear submarines he was appointed to Malta, as Medical Officer and GP to the Families Clinic. In 1982 Nigel left the Navy to take up a post as Director of the Public Health Laboratory in Taunton and in 1989 in Newcastle. He dealt with large outbreaks of food poisoning and furthered his own research on Anthrax. Nigel also began a new phase of work looking at the microbiology and public health aspects of water. He went on to develop an external quality assessment scheme for water, which is now used worldwide – The HPA Drinking Water EQA Scheme.

With the emerging threat of bio-terrorism and the break up of the former Soviet Union in the early 1990s, Nigel’s focus shifted to emergency strategy on an international level and he put together a group to develop cutting edge responses, protocols and government cooperation strategies. In 2001, in the wake of September 11th, Nigel was driving in his car when he heard the news that a reporter had died from Inhalation Anthrax poisoning in Florida. Nigel travelled to London to The Department of Health and was immediately called in by the Americans to advise as the saga unfolded.

The Health Protection Agency (HPA) was formed in 2003 and Nigel was appointed Director of Emergency Response. Organising the different parts of the HPA into a united body capable of a cohesive response in the case of an emergency was ‘like walking through a minefield’. However the cohesive response he developed turned out to be of vital importance for the subsequent Avian Influenza outbreaks and also for the Polonium-210 murder of Litvinenko in 2006, during which Nigel led the public health investigation and worked closely with police. This experience became invaluable for his later work in the G8 Bio-Terrorism Experts Group on Forensic Epidemiology and in the planning and responses to the recent H1N1 pandemic.

In the 2009 New Year’s Honours List 2009, Professor Nigel Lightfoot was appointed CBE for services to public health. In 2010, Nigel retired from full time work as Director of the Health Protection Agency and he now serves as the Executive Director of Connecting Organizations for Regional Disease Surveillance (CORDS) based in Lyon, France.

Nigel is a Swiss Board member and a Trustee of GAFFI, UK.

There are no conflicts of interest

Victor Rydgren retired as Team-leader in Assessio Norge AS, a company specialising in human resources with its focus on High Performance Work Systems. Victor is now running MEC Consulting with its focus on recruitment and HR.

Victor has previously worked in different organizations and companies in executive positions mainly within marketing. He was Vice President (Marketing) both in Glamox Lighting Company and HÅG Office Furniture and before that he was with SAS International Hotel (now Radisson Hotels) in different positions.

Victor also worked for UNICEF in Geneva as Deputy Director for Private Sector Division for several years before he returned to Norway and took over as Chair of the Norwegian National Committee for UNICEF. When he was in UNICEF, he travelled to see the programs conducted by UNICEF and experienced some of the areas where GAFFI is now planning to do a global impact.

Victor graduated in Economics with focus on Marketing and Transport economics in Norway. He is a Swiss Board member and a Trustee of GAFFI, UK.